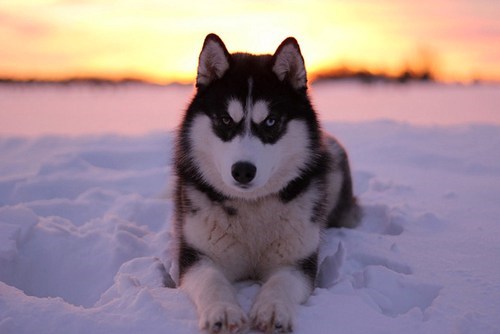 Siberian Huskies were imported into Alaska during the Nome Gold Rush and later spread into the United States and Canada. They were initially sent to Alaska and Canada as sled dogs but rapidly acquired the status of family pets and show dogs. Because of their efficiency as a working breed, most huskies are bred to be able to withstand long work days on little amounts of food. They can travel up to 40 miles per day!

Nature In All Its Glory : Beautiful Things Happening Around Us